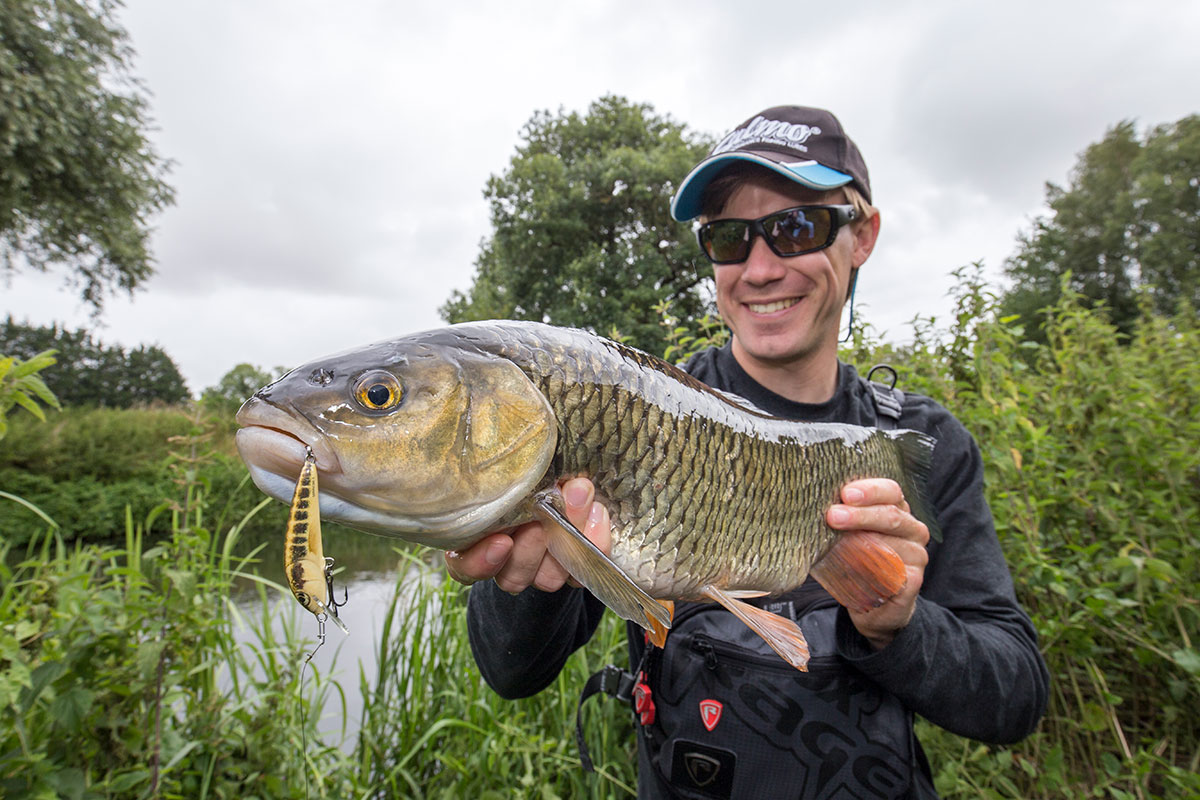 This 5lb+ chub couldn't resist the wide wiggle of a sinking Salmo Minnow!

Until a few years ago, I used to often overlook sinking crankbaits. Although I would always carry them, they very rarely had a swim, but I’ve learned that when used in the right situation, they can be a very important lure to have in your selection, especially for targeting chub, perch and trout on rivers. 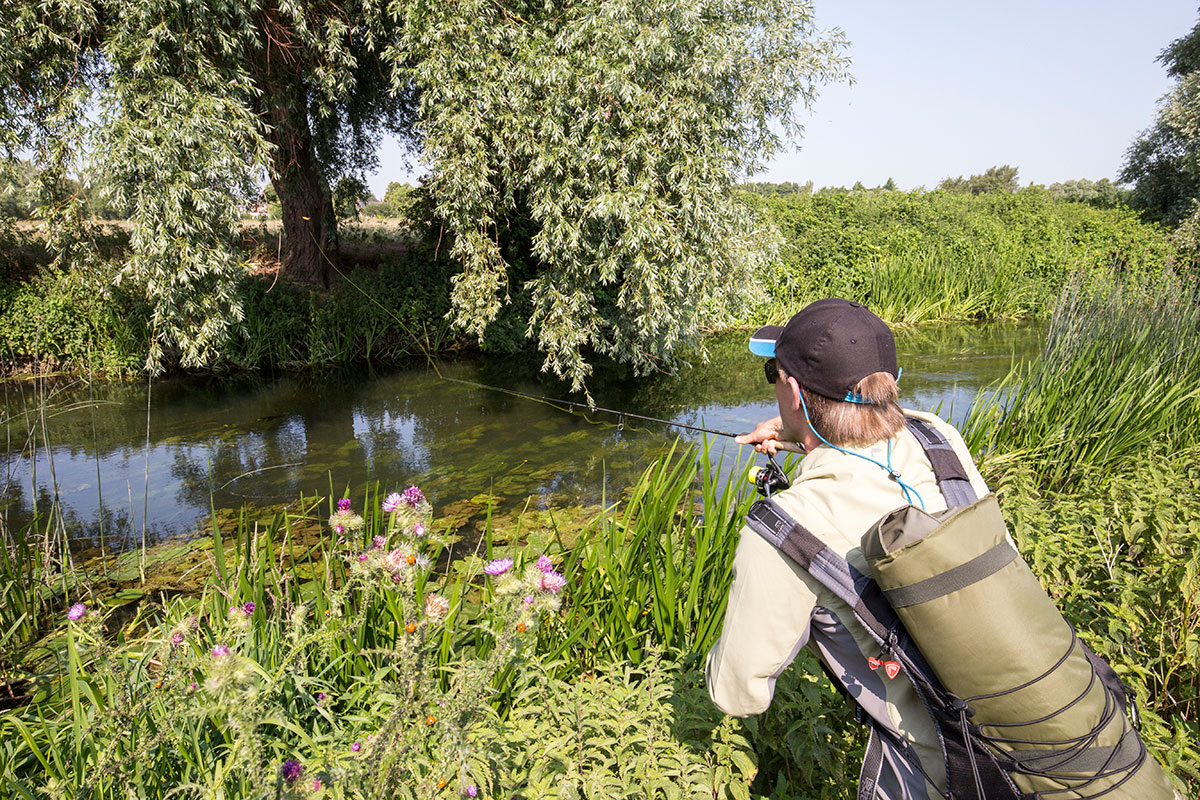 Casting a Hornet tight to the undercut bank on the other side of the river. 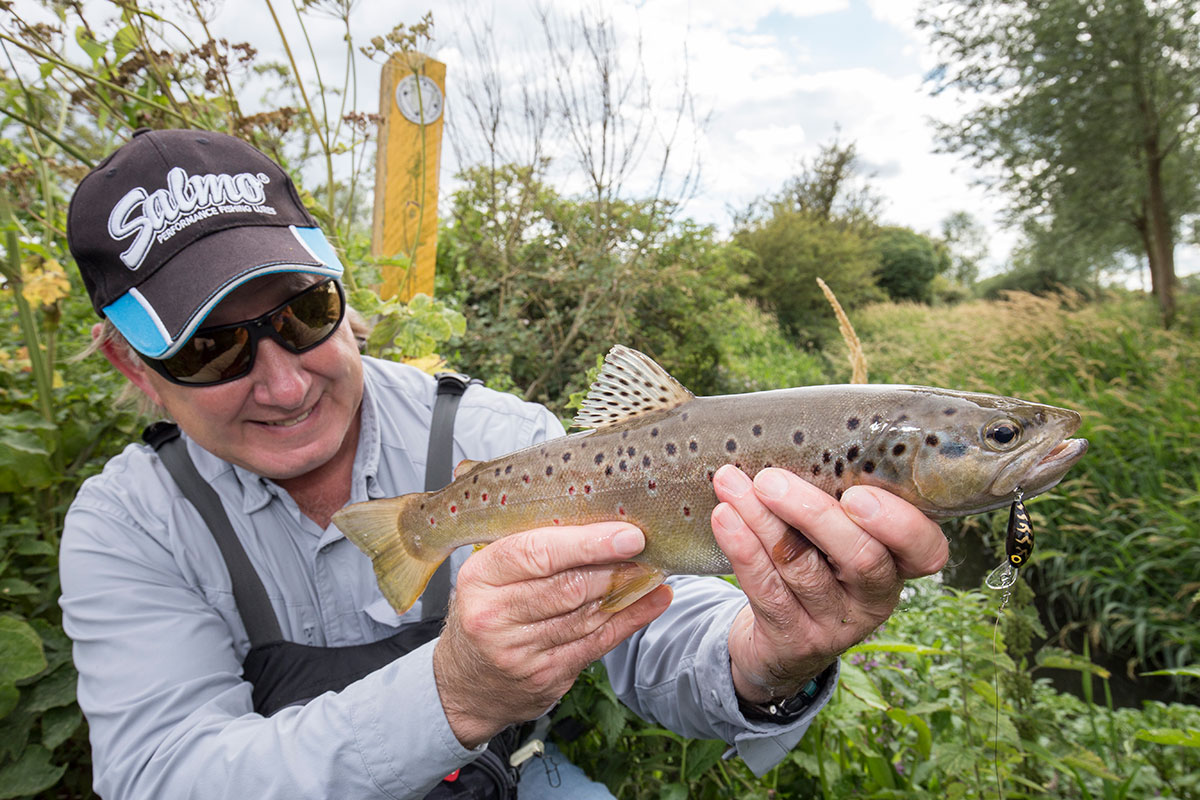 A brownie caught from a tiny chalk stream on a sinking Hornet.

The main advantage with sinking crankbaits is that they can be counted down to fish at different depths. The lure will normally fall at a controlled rate, which is often anything between a few inches to a foot a second, allowing you to methodically cover all levels of the water column. When fishing a deep river or canal, it also allows you to present a small crankbait closer to the bottom than even the deepest diving floating crankbaits are able to reach. 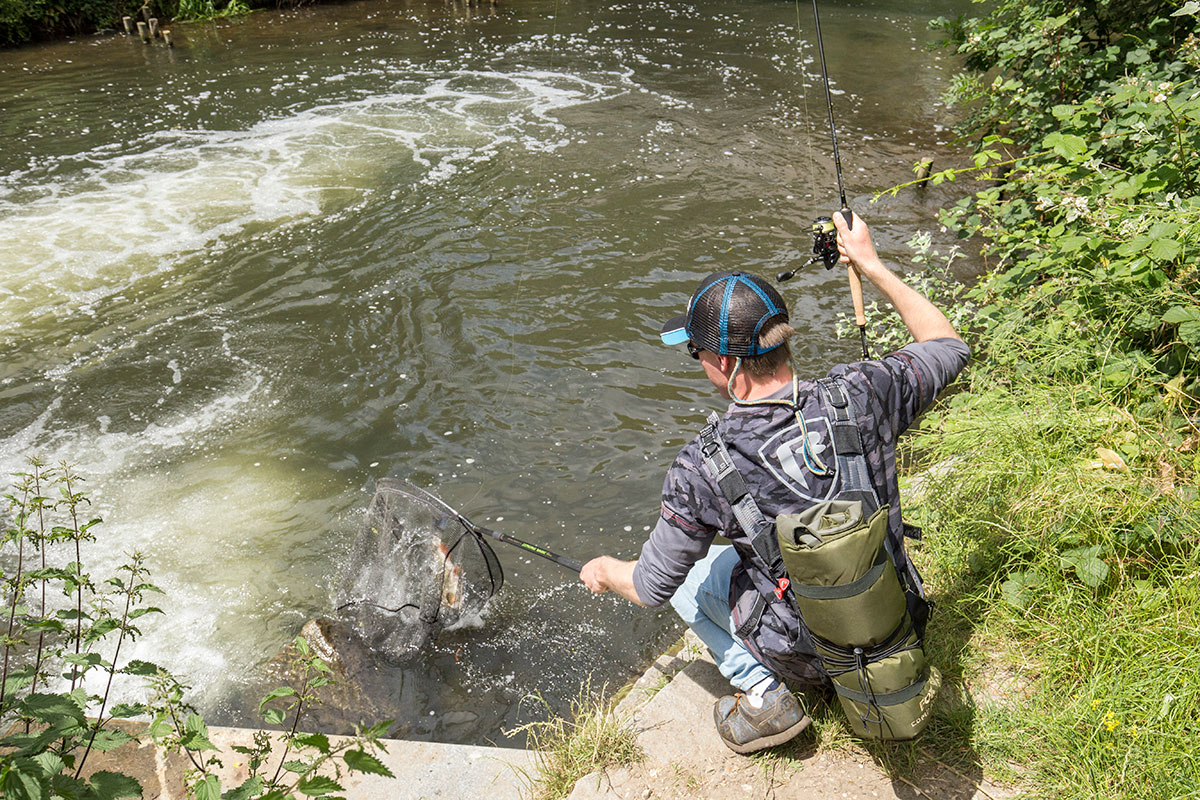 A feisty fight from a wierpool chub! 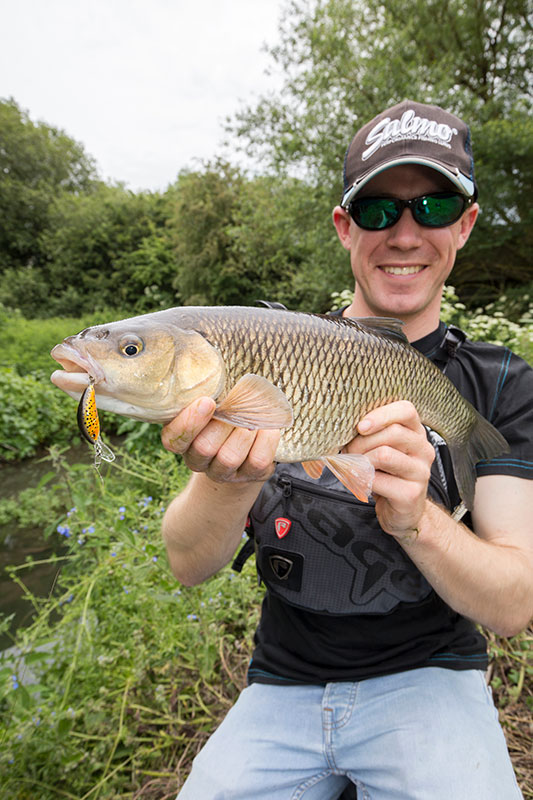 You can't go wrong with a sinking Hornet!

Where I have found sinking crankbaits particularly useful is when I can’t drift a floating crankbait downstream under overhanging trees and bushes, because foliage is hanging in the water. Selecting a sinking model will allow the lure to drift down with the current, underneath the foliage, reeds or undercut banks, reaching fish hiding away. Sometimes, depending on how snaggy the swim is, you can let the lure drift quite a long way downstream before beginning your retrieve, which can involve paying out slack line, but be prepared, as fish will sometimes take a sinking crankbait as its falling, similarly to a jig. When you engage the bale arm and begin your retrieve, get ready, as bites can often happen soon after the lure is brought to life! 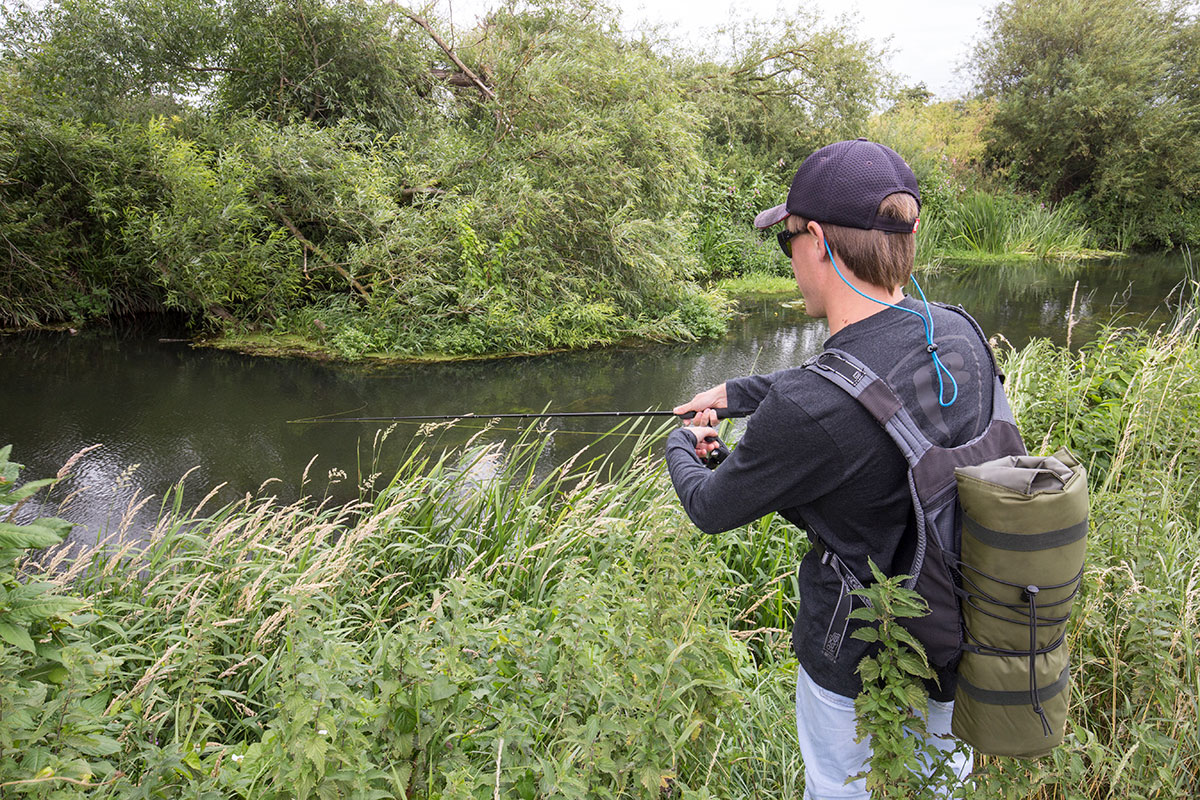 Retrieving a sinking crankbait after letting it drift under a fallen tree. 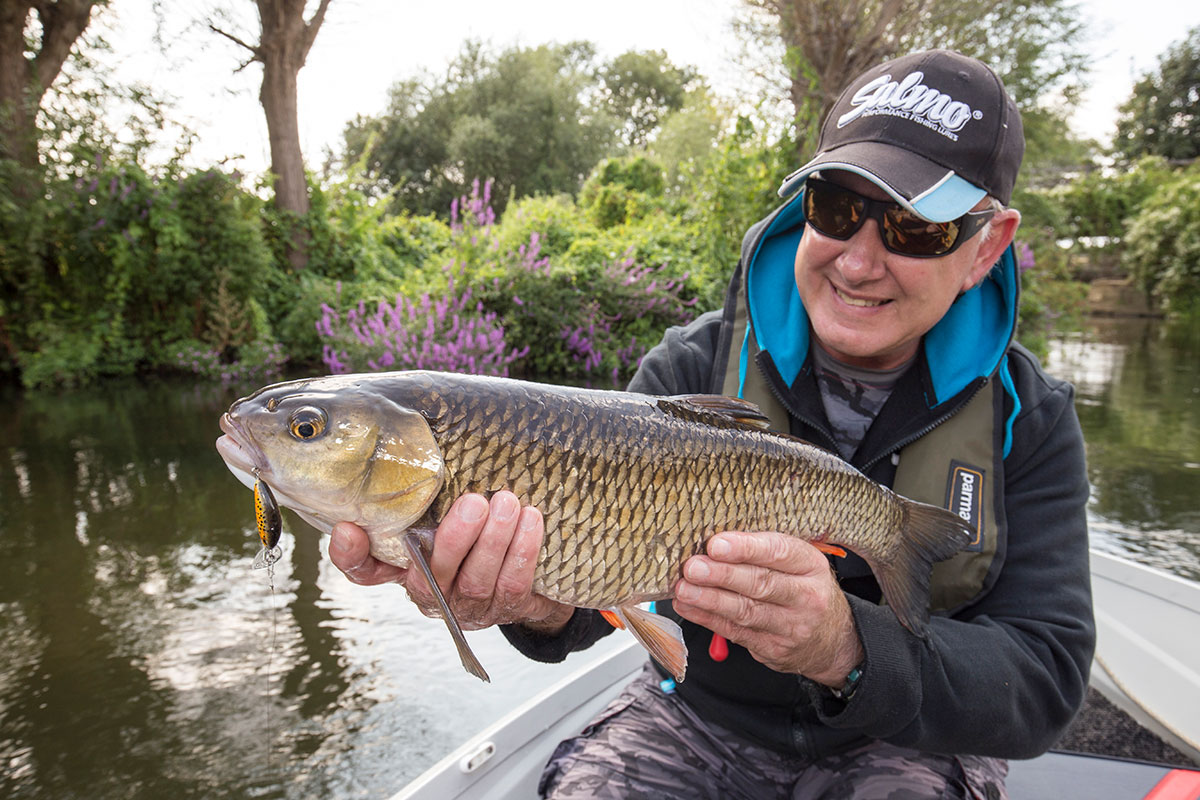 Dad spotted this good chub holding up under a moored boat - he let the current take the sinking Hornet under the boat, and it worked a treat!

For fishing in snaggy rivers and canals, I prefer to use floating crankbaits for fishing close to the bottom, as if you hit a snag, you can pause the lure and it will (hopefully!) float up. What I like to do with a sinking crankbait is count it down and start my retrieve before it hits the bottom. 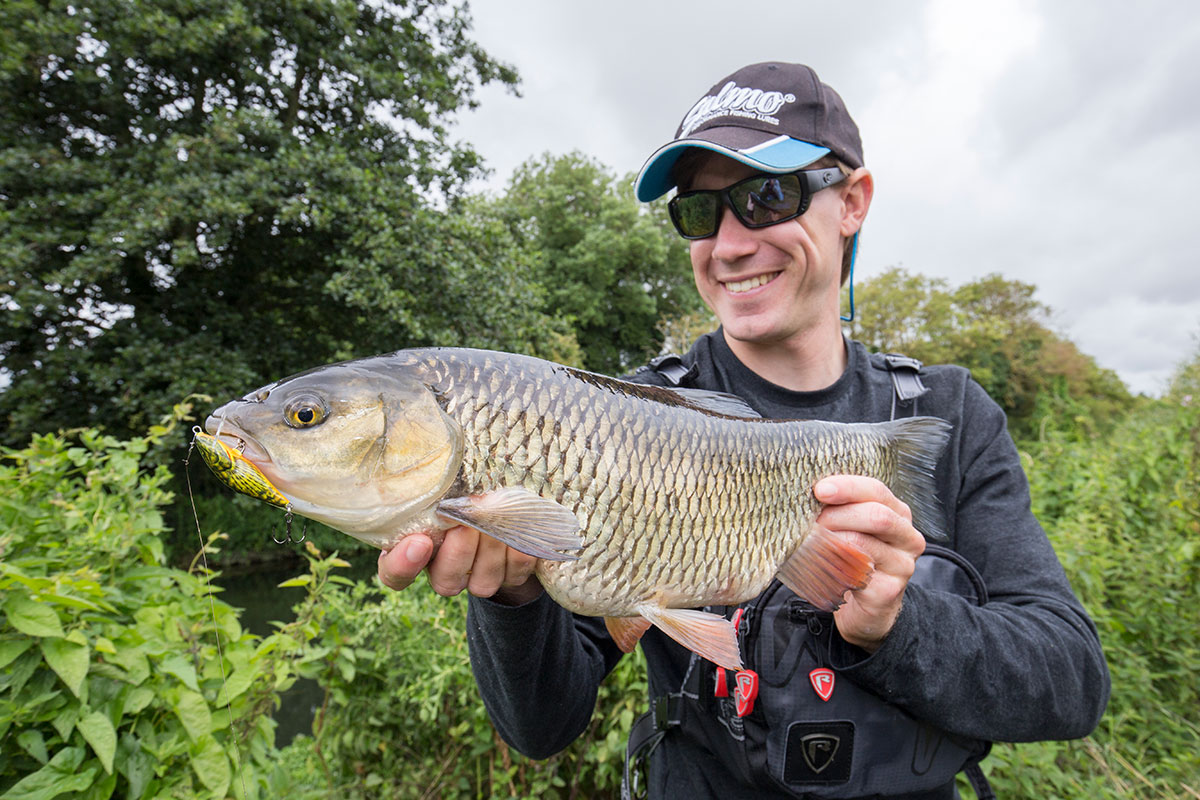 I spotted this fish in a gap in the weed near the far bank, and it nailed a sinking Bullhead on the second turn of the reel handle! 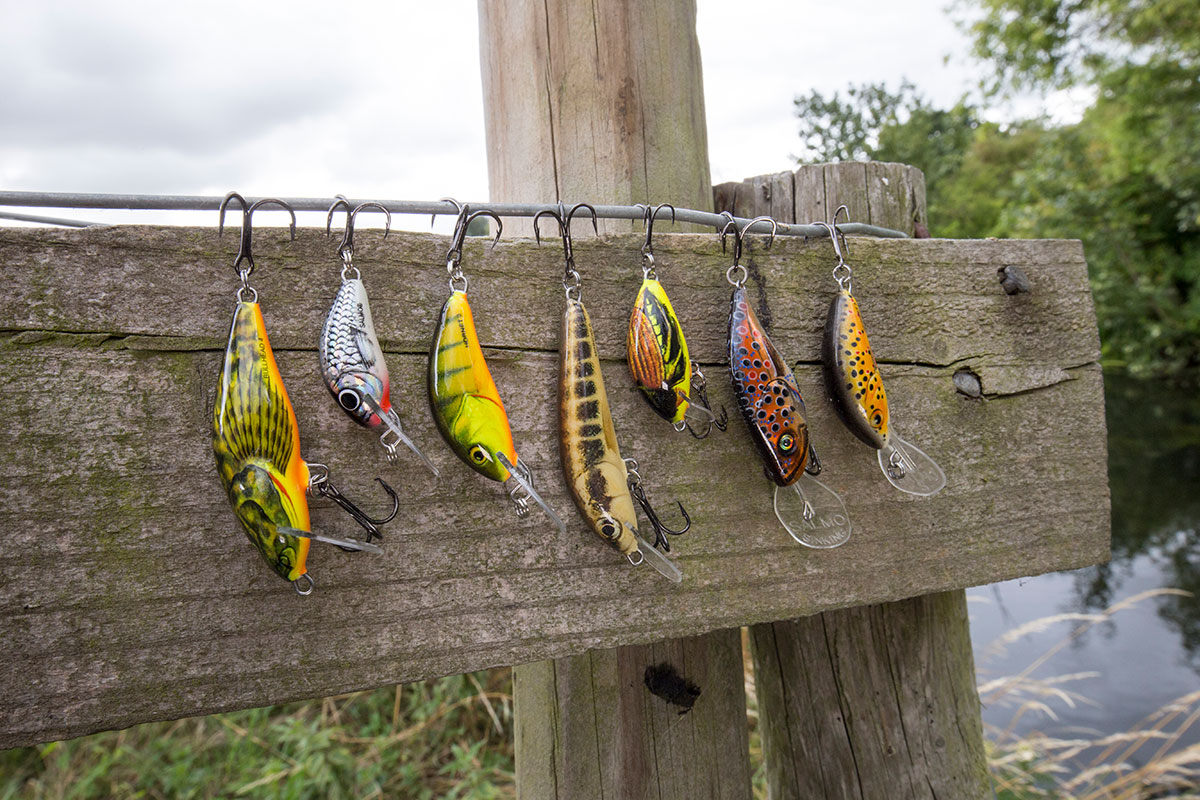 A few of my favourite sinking crankbaits, especially for chub, perch and trout. 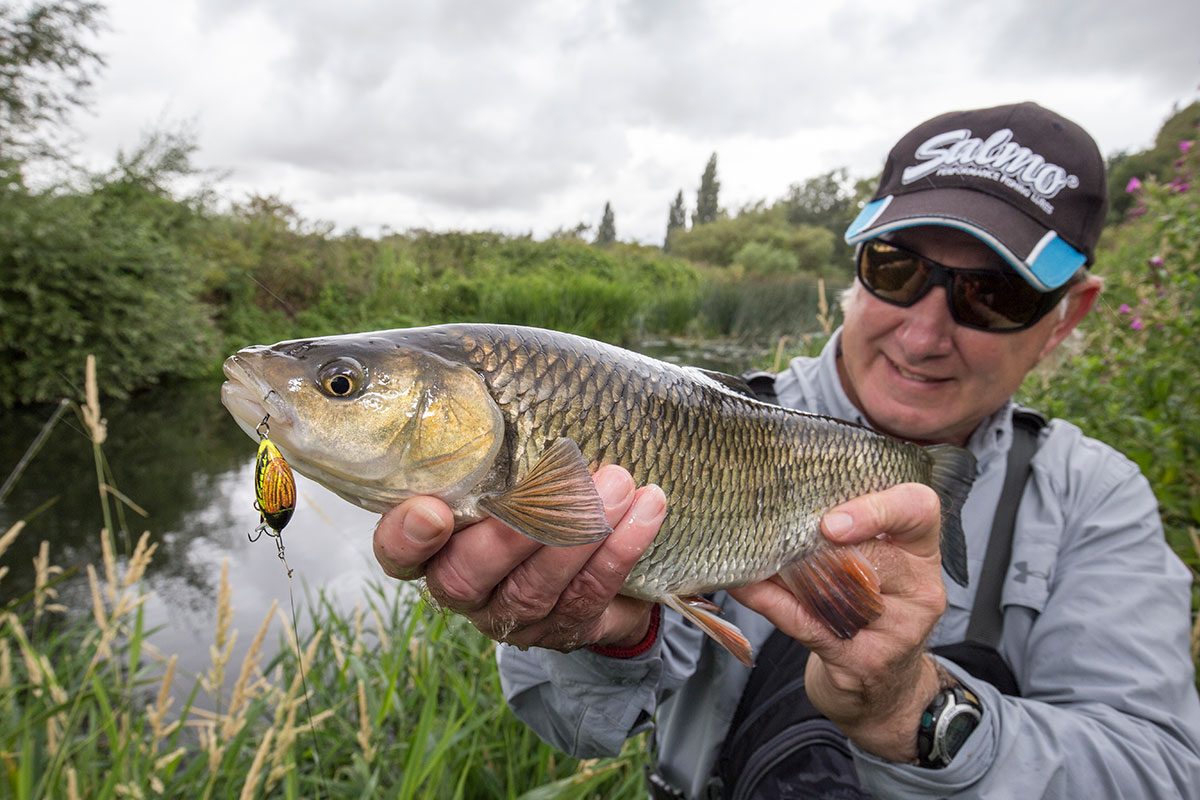 After trying a few crankbaits, this chub decided it preferred a sinking Tiny!

Sinking crankbaits can be fished on a straight retrieve, but often when I’m targeting perch, I like to keep the rod tip up and slowly raise the lure six inches or so, before letting it fall again for a couple of seconds, catching up with the slack, and repeating the process until the lure is at my feet. It’s almost the same as hopping a jig. This retrieve perfectly mimics an injured baitfish and fishes similarly to how a suspending crankbait would look when fished on a twitch and pause retrieve, but instead of hanging motionlessly in the same place after I’ve twitched the rod tip, a sinking crankbait would slowly descend towards the bottom, often fluttering attractively from side to side as it falls. This is often a time when a fish will strike. 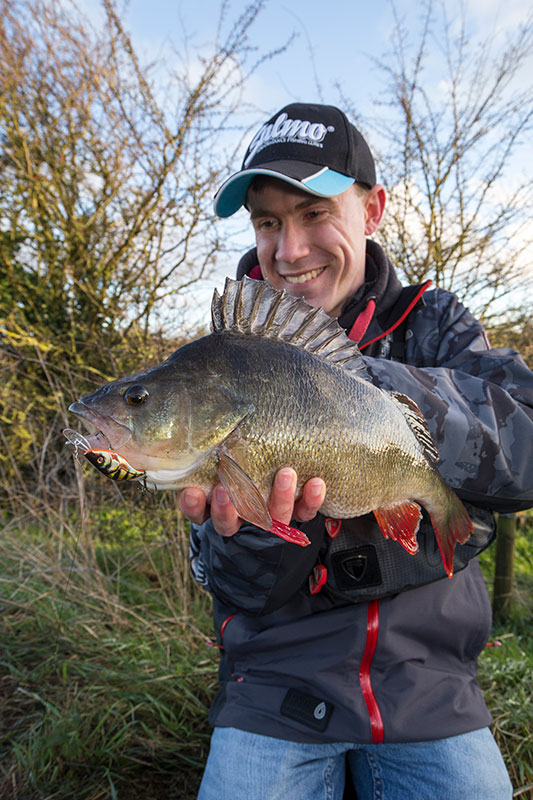 A winter stripey that took a Sparky Shad when paused.

If a fish follows you in, you don’t have to worry about a sinking crankbait floating up to the surface, away from the fish. Pausing the lure will result in the crankbait falling tantalisingly towards the bottom, which a fish, especially pike, perch and zander, will often follow down. Don’t be afraid to leave the lure on the bottom, for as long as the fish is watching, it’s interested. If the fish starts to turn away, give the lure a gentle twitch, and that can often be too irresistible for a fish to ignore! 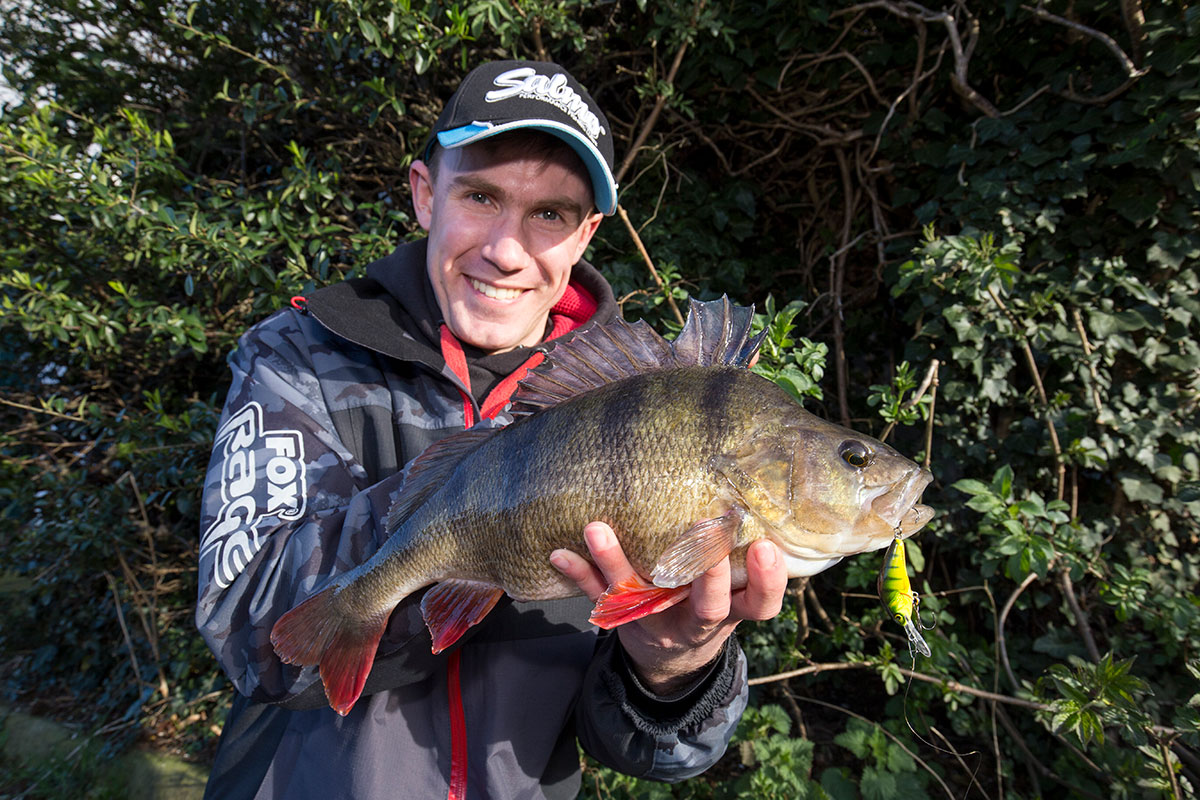 I watched this perch follow my Hornet in, and when I paused the lure and it started to sink, the fish followed it down and took it!

Sometimes, a small change can make a big difference, and that’s certainly the case I’ve found with fishing sinking crankbaits. They may look the same, but you can fish them quite differently and at times, they’ve given me an edge for targeting river and canal predators!